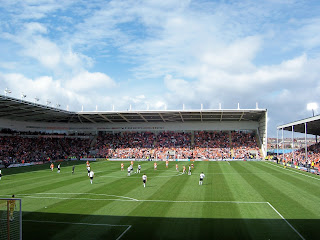 Making the best soccer predictions in the world of betting is not an easy task, but there’re certain ways you could improve your success rate. We will give you one example of a strategy that works pretty often, if it’s used right and clever.

The Over/Under concept is one of the most popular in the world of betting, because it’s giving you the chance to make a good profit, without actually caring how a particular game or games are going to end. You care for just one thing - the ammount of goals that are going to be scored for 90 minutes. Nothing more. Sounds good, right? it is!

This concept could be very successful, if you make a good research about the games you’re going to bet on. Two highly-scoring teams are facing each other? Here’s your chance to predict that there’re going to be scored at least three goals in the game. Or why not four? With every added goal, the odds are getting higher as well.

The same idea is valid for the games where you’re expecting a low ammount of goals. Or even none. This is a typical outcome for teams which are very good in defense or bad in attack. Once again - look at the stats and see which teams are not scoring much, but also not conceding a lot. These are the stats you should be looking for when making this type of bet.

How we already said, this is a very good concept for making the best soccer predictions possible, because you don’t care how the actual game is going to end. Will we see a surprise ending? Maybe an equalizer in the last minute and a shocking draw? You just don’t care! You only care for the ammount of goals that are being scored.
Публикувано от Football Bet Picks в 0:19 ч. 1 коментар: